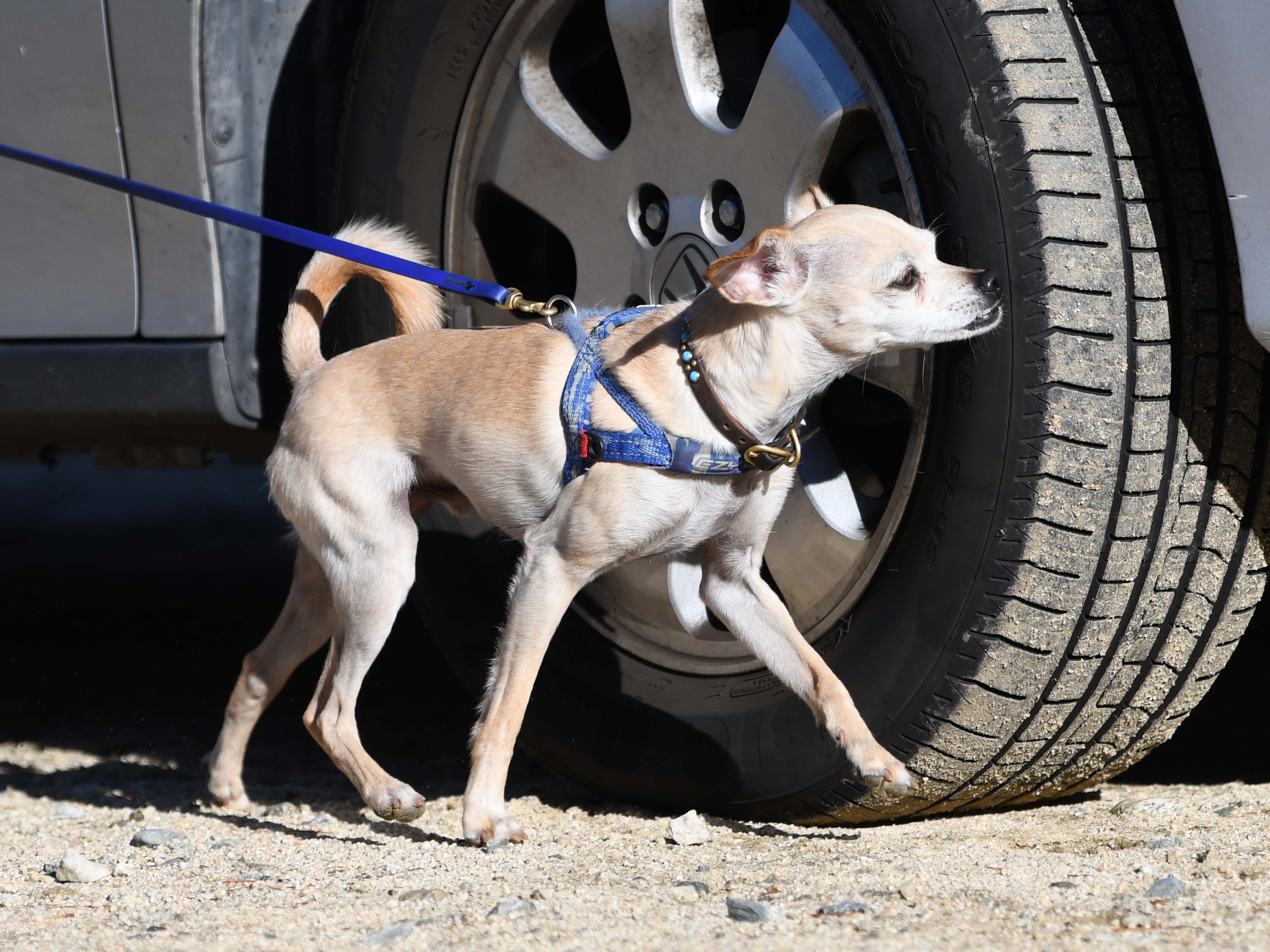 Indy is a 6-year-old All American Dog rescued from the Barking Lot in El Cajon, California, when he was 3 months old. He was put on odor shortly thereafter and excelled in all dog sports – Agility, Treibball, and especially Scent Work. He earned his SWM in just over one year winning High in Trial in both Novice and Advanced. An 8-pound Pug/Chihuahua mix, “he has incredible drive and enthusiasm,” said Jamie. nath“He is serious when working and silly at home. He has a great personality and loves to play and learn.”

He earned his SWM title at the Hidden Valley Obedience Club of North County on May 18, 2019. Read More Here 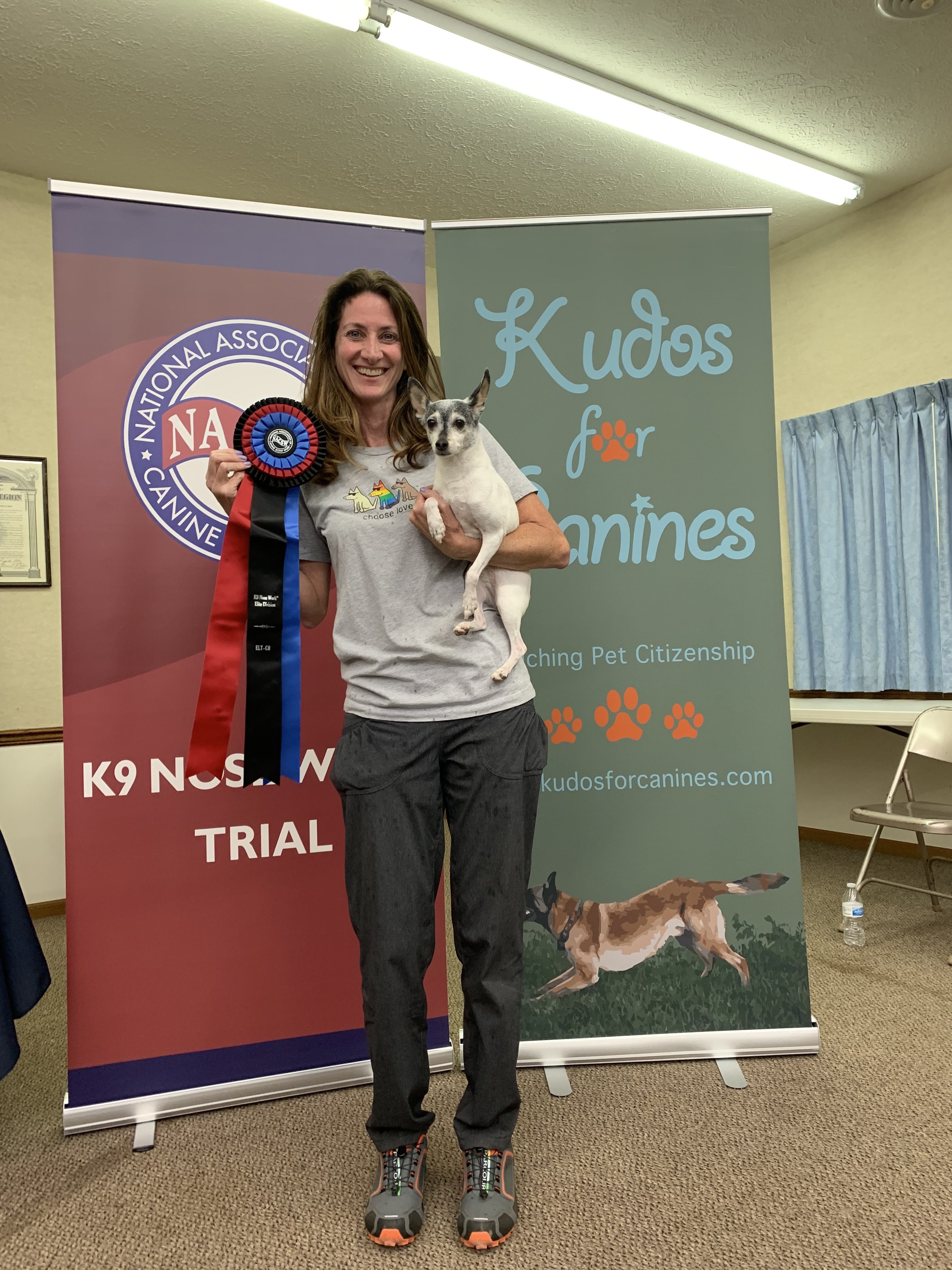 At 11 years old, Emi earned the Elite Championship title with NACSW. The title was earned on October 5, 2019, in Fairbury, IL. She started her K9 Nose Work career at age 5. She placed in the top three dogs almost consistently when she did earn a title (NW1; NW2; NW3 and Elite). Of the 20,000 NACSW Members, only 1% become Elite Champions.